The Daily Mail couldn’t make it up. So they got someone else to do it. 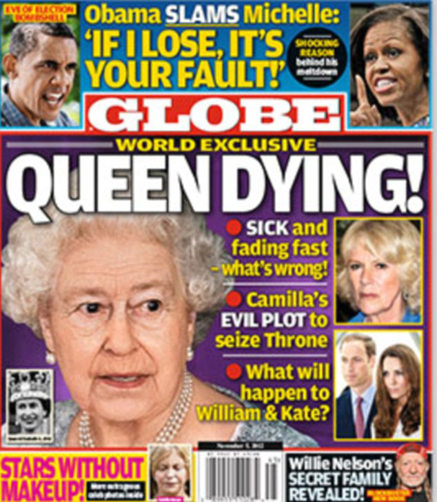 Today, the Daily Mail ask if this is the most offensive magazine cover of all time. And just to make sure we know what to judge it against, they published several more Globe covers, each detailing the everyday lives of the Windsors. Diana’s love child! Kate and the murder scene! That sort of thing. Given that these stories are so fantastical, what do they say about journalism, and more particularly, what do they say about the American taste for this sort of stuff?

Celebrity journalism is a tricky business at the best of times. Gossip and speculation are an important part of the mix, and the readers both understand and actively desire that kind of work, otherwise they’d be dealing with nothing more than a press release. 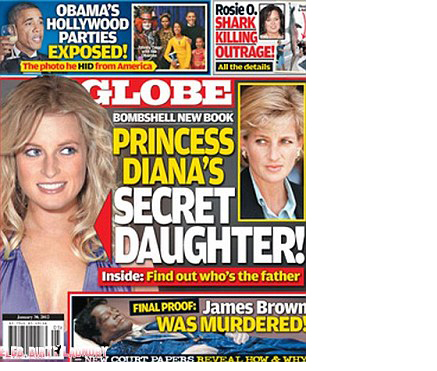 Globe covers stretch the boundaries of believability to such extremes, it’s really hard to know what to think. There may be a shed of truth somewhere, but as far as any sane person is concerned, this stuff is clearly all made up. Although I must say, that Diana story does look kinda interesting… 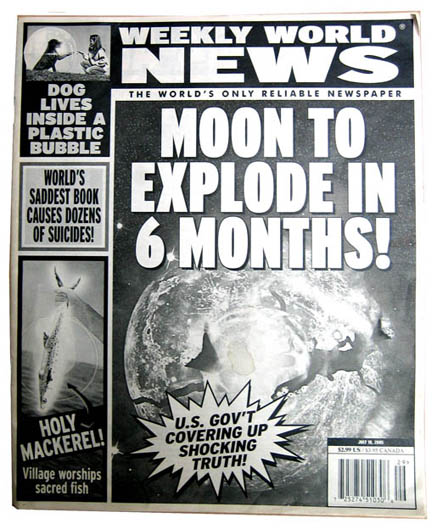 But this is America. And this is Weekly World News, which Americans were quite happy to buy as a printed magazine until 2007. The ‘World’s Most Reliable Newspaper’ is now an online only proposition, but it does serve to illustrate that Americans like satire. I mean, they can’t really believe this, can they?