How Hearst’s Town & Country will give Putin some manners 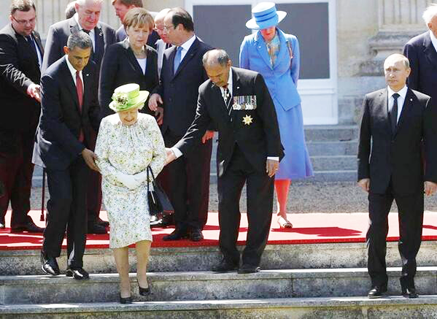 In her editors’ letter, Justine Picardie claims that the time is right for launch of Town & Country on account of  ‘a tidal wave of global wealth that is pouring into London’. She acknowledges the enduring appeal of traditional Britain, but make no mistake, it’s the international rich that advertisers want here, as opposed to a bunch of Downton fans.

Town & Country has been published in America since 1846, where, without a royal family, money really is the true indicator of social status. The big idea behind the UK edition is that this is increasingly the norm over here. If you can afford to buy your way into the highest echelons of English society, Town & Country will show you how to walk the walk.

Extreme wealth has never been a guarantee of social acceptability. The great English essayist G.K. Chesterton once said: “The rich…are egotistic, secretive, dry as old bones. To be smart enough to get all that money you must be dull enough to want it”

Whether this describes Vladimir Putin is neither here nor there, but we do need to know if Town & Country will succeed in its business of turning new money into old school charm. 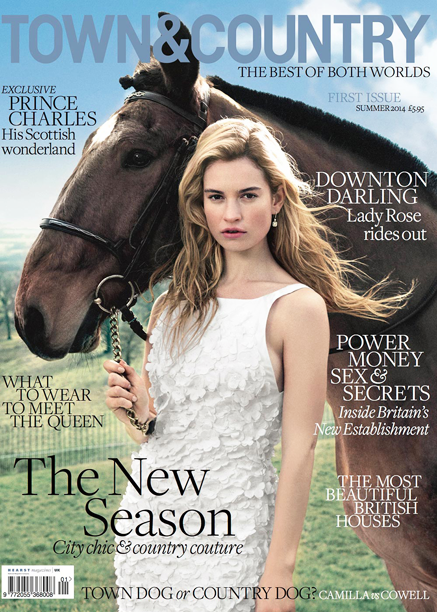 The coverlines give us the first clues. All are intriguing, but ‘What to wear to meet the Queen’ is by far the most revealing.

Fashion magazines have always been about fantasy. A fast way of trying identities on for size, of making the wildest dreams seem somehow, tantalizingly possible. The matter-of-fact dilemma of picking out a frock to meet Her Madge is a super-fast way of showing that the English upper classes are now quite at ease with selling their secrets to those who can meet the price.

Within the magazine this is clearly seen in Sarah Parker Bowles feature about Rose van Cutsem. Rose is running the membership committee for Soho House’s upcoming foray into the Cotswolds, she’s essentially the gatekeeper to this new way of entering the heart of English society.

Rose’s style feels effortless, the grass impossibly green, and the wealth never spoken of. And of course, as her daughter was bridesmaid at Kate’s wedding, Rose really has had to work out what to wear to meet the Royal family. If she took the advice of Editor Justine Picardie elsewhere in the issue, she will have eschewed clashing hues, avoided flyaway skirts and planned accessories well in advance.

This is all important of course, but I suspect the really old money doesn’t give a fig about Louis Vuitton, Ralph Lauren, Gucci, and all the other high end advertisers packing Town & Country’s 246 glossy pages.

The cover girls’ diamond and pearl earrings may be perfectly presented, but I reckon the Queen will be looking at the other face on the cover, and wondering if they couldn’t have chosen a frame where the horses’ ears were both pointing correctly forward.

But who gives a damn about that when a £9,850 Gucci dress will let you be the girl hanging onto the bridle.

Equestrian or otherwise, using content to sell stuff to wealthy people is now the richest game in town. Town & Country is muscling in on the turf currently held by the FT’s How To Spend It, The Wall Street Journal Magazine, Harrods Magazine and a gazillion other pretenders lying in Cotswold hotel foyers. The difference is that Town & Country promise that you really can have ‘the best of both worlds’

The launch issue been created by the team currently making Harpers Bazaar into one of the world’s best high end glossies. The art direction is immaculate, the features well crafted and the writing suitably intellectual. Justine Picardie and Creative Director Marissa Bourke rarely put a foot wrong, although at this stage, there is no sense of how it’s personality and point of view will develop.

Like Bazaar, the design is high-end yet understated. Some pages have one image too many, but that’s often a function of needing to cram in as many fashion credits as possible. The fine serif font used throughout is beautifully restrained, but given the age of many of its potential readers, the type is hard to read, particularly in small sizes. There’s lots of centred text, an occasional Oxford rule and absolutely no colour other than black.

It’s the relationship with Bazaar that’s at the heart of the publishing proposition. Unlike IPC’s Country Life, which still makes 50% of it’s circulation on newsstand, I don’t see the potential readers of Town & Country spending much time in their local Smiths newsagent any time soon.

Circulation will come from subscribers, and the marketing to that will have to be driven by the mothership. Town & Country now has it’s own url, but it also exists as an extension to the Bazaar site, so at this stage it still feels like a brand extension.

But the timing is excellent. Our intrigue with posh people has never been higher, and the realities of joining them never more possible. Send your kid to Eton and in one generation YOU are the establishment.

The challenge is for Hearst to prove eyeballs and engagement across print, digital and whatever else is planned for. Regardless of the politics, this is a good title with quality content that advertisers will want to be associated with one way or another. It’s an excellent way for Bazaar to extend their reach and give IPC’s Country Life some sort of competition.

This is the key battleground. Country Life is one of the world’s great media brands. They’ve become so through unimpeachable levels of trust and expertise in the one thing that the English care more about than anything else; The Countryside.

If Town & Country want to truly become more than just another fashion glossy, their opportunity lies precisely in the links and transitions between urban and rural experiences. These guys need helicopters, fast cars and a lot of high-end diary management.

Build trust there, and they’ll have a unique proposition.