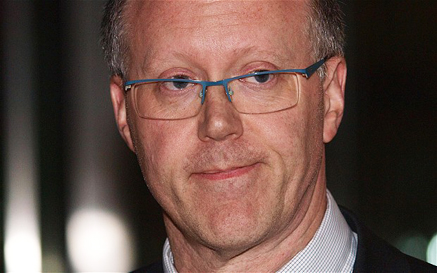 So said George Entwistle in his now legendary interview with Today’s John Humphries about the Newsnight scandal. Clearly he had to go. There’s been plenty said about this by all and sundry, so I figured I’d point to the four writers that I think have added the greatest insight to the whole sorry saga so far.

1. Emily Bell used to head up the Guardian’s online operation. She’s now relocated to America, where she’s Faculty Head at The Columbia Journalism School. Here’s her quite brilliant piece explaining to Brits and non-Brits alike exactly what’s behind these latest events. Starting with the Hutton enquiry back in 2003.

2. Will Sturgeon blogs at, well, The Media Blog. Here is his fine story explaining what the BBC is trying to do now in micro-managing its way out.

3. Nic Newman is a digital strategist and former controller of future media for BBC Journalism. He’s a smart and thoughtful writer, he worked at the BBC for 23 years, and he knows and likes George Entwistle. Here, he steps back and writes about our instant blame culture, and how we’re all forgetting that this is not just a media event. Nic reminds us that this is a story about powerful people horribly abusing vulnerable kids, and the incalculable damage that causes.

4. Jeremy Paxman is the presenter of Newsnight. He’s not written about it, but rather, in the spirit of the times, tweeted his thoughts here, where he points the finger at cutting the budget of the show whilst allowing ‘time serving’ management to prosper. Well said.

(Picture from AP, via The Telegraph)