How a #hashtag strategy can define your brand 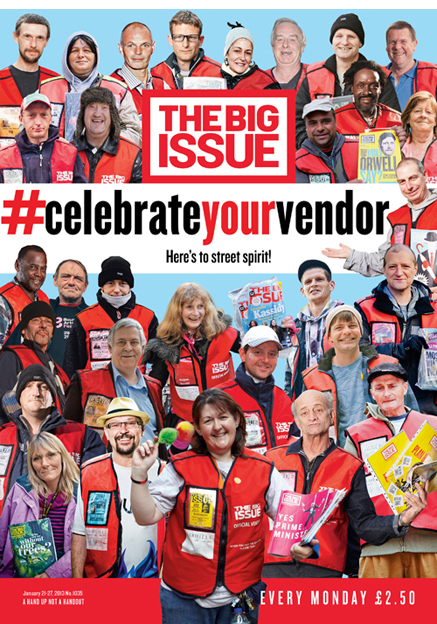 Following the shocking murder of two of their vendors a few weeks ago, The Big Issue have created this fine cover campaign celebrating the very thing that makes them special, their vendors.

But the beauty of this work lies not just in the cover (which is excellent) but in the hashtag, #celebrateyourvendor. 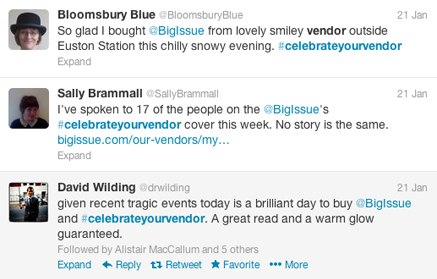 A magazine cover may well be the primary sales tool, but social media, and twitter in particular, is now pivotal is raising awareness of the print part of the brand, and driving purchase.

‘I wanted to build on the connection people have with their vendors, and make something positive of the terrible events around the deaths. So, with that Newsweek cover somewhere in mind, I wanted a simple mechanism to combine the onstreet goodwill and essential sales, with a way to grow online presence. The idea is that people across Britain send us details, anecdotes and possibly pics of their vendors, we collect them and build up a load of great copy about our vendors and the relationship people have with them. And we get #celebrateyourvendor trending’

All-in-all, a simple and smart idea. And a hundred times better than the Newsweek cover Paul referenced. 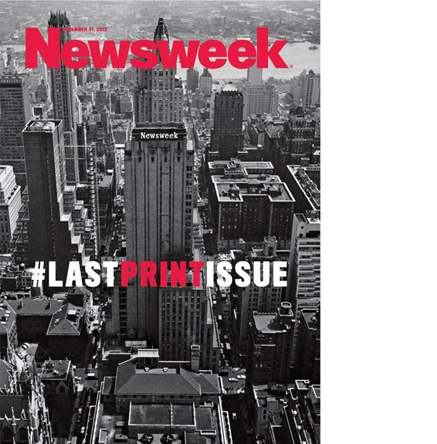 Here it is, the very last print issue of Newsweek. When news of it’s closure was announced, there was a ton of talk about what Newsweek might have done differently, not least in my own coverthink post.

But no-one has yet said how rubbish this last cover was. To be fair, Newsweek didn’t have much left to say, other than comment on their own demise, but unlike the Big Issue’s hashtag, there is no real meaning here, no value, and nothing to celebrate. It’s just a backward looking attempt to try and stay relevant.

As with so many things in digital, the first brand to properly exercise the hashtag cover idea was the NME with #songthatchangedmylife. 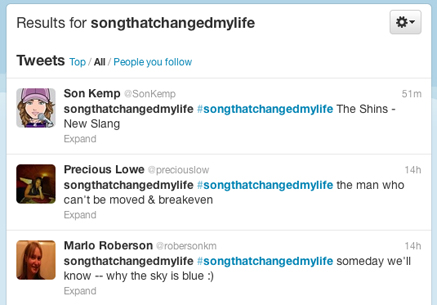 Cathy Ma, Head of Social Media at IPC, has tracked the impressive story of this hashtag, and the response it created. First published by NME online Editor Luke Lewis in November 2011, the hashtag generated tens of thousands of interactions (30,000 on November 24th alone) and is still going strong as we speak 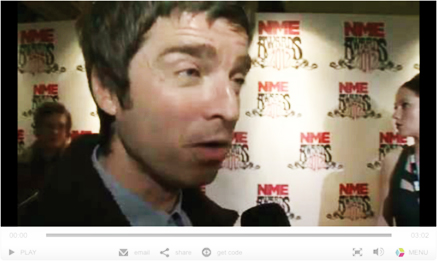 Spurred on by this success, NME took the story online, interviewing a host of stars about the song that changed their life. (I can’t get the video to embed, but you can watch it here) The blog post and the video both saw big traffic, along with strong ad revenue on account of high video CPMs. 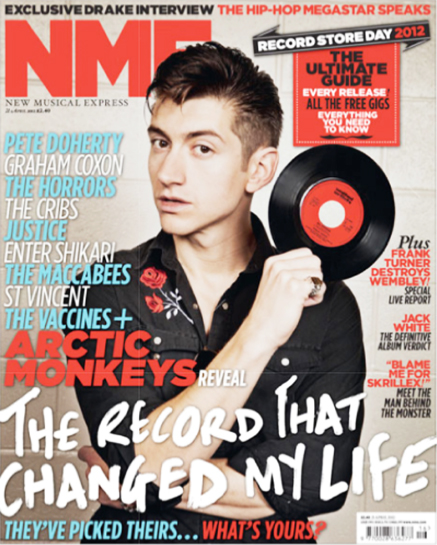 Then, they took it to print, with this fine cover revealing who would be telling all inside, but keeping it highly engaging with the question, ‘What’s yours?’

And in this instance, print proved that it’s clearly not dead, as the cover sold like a train, up 7.8% year-on-year. It’s a fantastic case study of how a brand can leverage unique and valuable content across a true range of platforms.