Nadav Kander. A photographer for our times 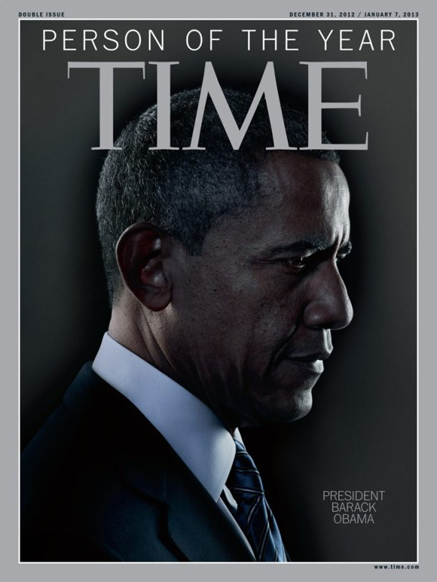 Here is Time’s person of the year, double issue cover. No doubt about Obama, but I was excited to see Nadav Kander as the photographer. He’s clearly well liked in the Time photo department, as Nadav also turned up in their recent list of photographic covers of the year. That was for his fine portrait of Macca, commissioned by Jodi Peckman at Rolling Stone.

Nadav has won a shed load of awards, for his portraiture and landscapes, so it’s great to now see him working his magic on high profile editorial covers.

And he’s based in London’s Kentish Town. My manor, innit.

Update: Samir Husni, AKA Mr Magazine, has just informed us that this is only the fourth time Time have used a border colour other than red. Silver, as used here, has been seen twice, black and green one apiece. Samir also has a good interview with Time’s Managing editor on the reasons behind choosing Obama, and why Nadav was used as the image maker.