Four big lessons to learn from the death of Newsweek 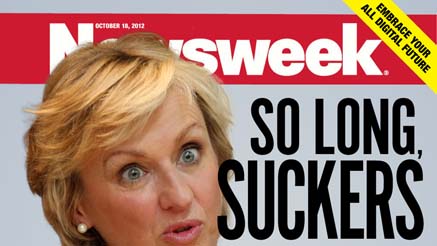 The end had been foretold for so long, that when Newsweek finally closed last week it ended up feeling a bit of a non-story. But in America, where Newsweek used to really mean something, everyone is having their say. In particular, this highly entertaining story on Nick Denton’s Gawker, from where this lead picture is taken from. (Check the first comment on that story, as a great example of damage control!)

There’s no lasting pleasure in looking back at why something failed, but there’s always something to be learned. So, for what it’s worth, here are Newsweek’s four biggest mistakes as I see them, and what Tina Brown could have done differently. 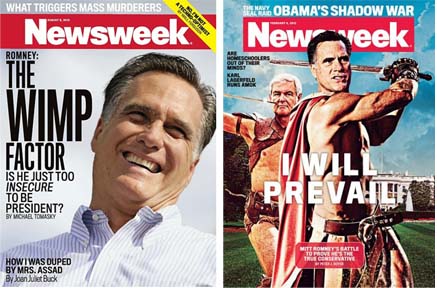 1. Newsweek had no editorial direction. Witness these two Romney covers only five months apart. No values, no point of view, no unique content. What Newsweek did have was Tina Brown, which seems to have been way more trouble than it was worth. Tearing up the issue on press day, and endlessly changing her mind all drove her staff to distraction. That might have worked in the 80s, but no-one has the resource to indulge that now. Here are the 82 covers that Tina got Art Director Lindsay Ballant to try out in just one week. No wonder her predecessor Dirk Barnett shoved off to The New Republic. 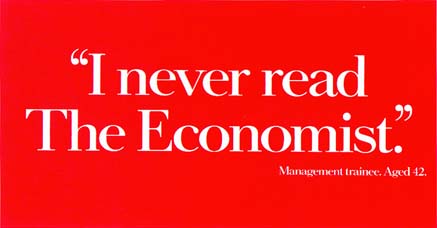 What Tina should have done: Produce a real direction for the brand, rather than just for herself.  A clear identity that distinguished Newsweek from the opposition, and made clear the benefits. Then sell the socks off that, rather than any individual cover. The Economist‘s poster campaign is old school, but it worked brilliantly. For more thoughts and examples on how to sell a media brand, take a look at my earlier post here. 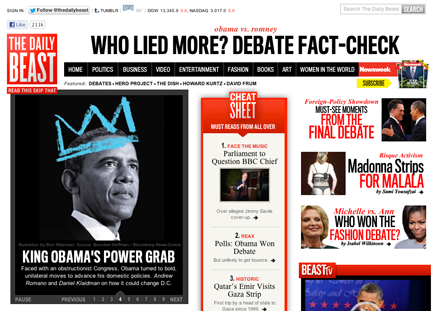 2. Using The Daily Beast as Newsweek’s digital platform was insane. It has an entirely different editorial look, feel, and tone. It’s boutiquey, insidery, a Vanity Fair inspired piece of work, owing much more to the niche 90s New York Mag Spy than anything else. It doesn’t represent Newsweek in any size shape or form.

What Tina should have done: Bitten the bullet, and produced a Newsweek website. But more than that, she could have created a proper content CMS that would have allowed Newsweek to seamlessly publish their content to any device, screen, platform or network the user wanted. This is called Adaptive Content, and is well explained by Karen McGrane in her excellent video above (Thanks Andy P.) Karen doesn’t elaborate on the content marketing opportunities such a CMS might afford, but this approach would clearly open up another big revenue stream. (Note: Karen has also been helping with the time.com move to responsive design, well reported here) 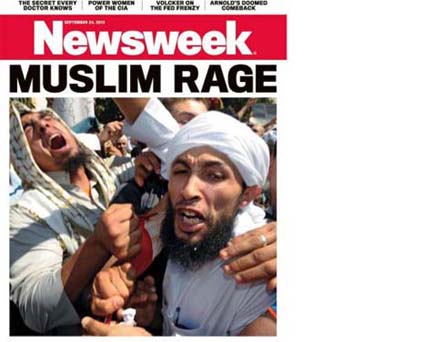 3. The covers were attempts to court controversy. They worked on that level, they got people to talk about Newsweek, and they got Tina Brown back in the news. But they didn’t say anything about the brand. 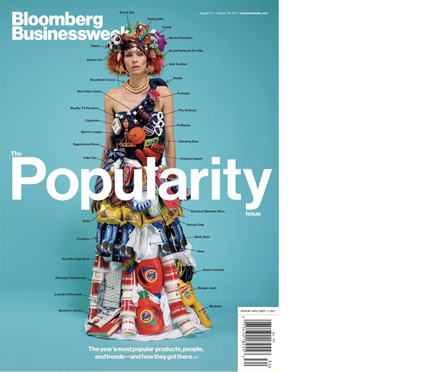 What Tina should have done: Given that Newsweek had 1.2 million subscribers when they closed, there is a case for suggesting that the covers should have talked to that audience, rather than try to create something out of nothing on the newsstand. I’m not saying the covers should look like the New Yorker, but if the work made the audience feel smug, as opposed to outraged, there would be value in that. This might however, have required hiring a genius Art Director, as Bloomberg Businessweek did with Richard Turley, whose work appears above.

4. The name, and the logo are utterly generic. Plain type white out of a red block is just not good enough if there is no additional value to the words. Time, The Economist, Bloomberg and The Atlantic all have names with some sense of individuality, and all have logos that say something, that give clues as to how the brand will add value to the stories.

What Tina should have done: Redesign the darned thing. The Atlantic logo here was redrawn by Mark Hayman from Pentagram. Classy, authoritative, you know exactly what this brand stands for, and why it’s worth the money. Tina should have hired an equally heavyweight agency, who could have co-ordinated a modern look and feel across the whole brand.

But I never heard from her…