Apple’s new system font – ‘The interface is the product’: 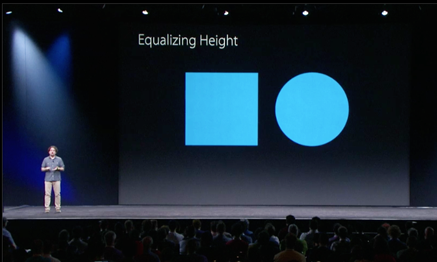 Here’s a video from WWDC 2015 where Apple introduce their brand new font, San Francisco. It’s similar to Helvetica, but with several key differences that create a warmer, more gender neutral feel. In my opinion it draws heavily on the success of Proxima Nova discussed on this blog at length a few weeks ago.

Font freaks will find the video is a bit 101 in places, but elsewhere it explains the benefits of this new font with terrific clarity. On the WWDC 2015 video landing page Apple claim that ‘Fonts lay at the intersection of design and engineering’. Given how much care and attention they have invested in this new San Francisco font, they’re still holding true to Steve Job’s mantra: ‘The Interface is the product’

There’s more reporting on the San Francisco font at 9to5mac, and fastcodesign.

Thanks to film director Billy Boyd Cape for the link, which as you might expect from Apple, only works in Safari.