Dave Trott and the fight over advertising’s future 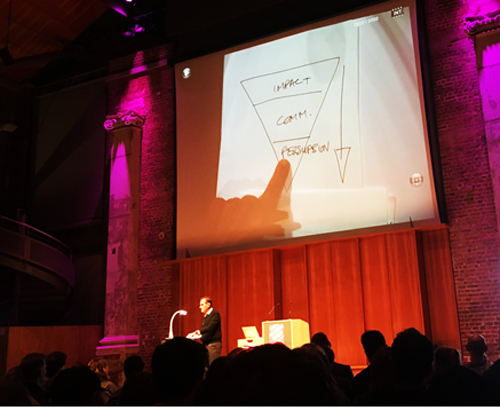 I went to see Dave Trott speak a few weeks ago. A legendary ad man, he cleaves close to David Ogilvy’s view that ‘strategy is sacrifice’. The way Dave Trott tells it, if you throw nine oranges at a consumer, they can only catch one. So you might as well just decide which one you actually WANT them to catch, and dump the rest. This is how advertising has approached strategy from the year dot, it’s a total article of faith.

Which is why a recent Campaign story on strategy by Richard Huntington caught my eye. Richard is chief strategy director for Saatchi and their chairman too, so if anyone’s going to know about this it’s him. But on twitter he describes himself as ‘distrusting orthodoxy of any kind’, which is perhaps why he’s attempted to dismantle adlands most sacred of cows.

His thesis is that clients CAN be told they can have more than one thing. The piece is excellent, here’s how he outlines the current state of play.

He goes on to mention several brands that have successfully adopted a new ‘this AND that’ approach, but laments ‘the inability of the industry to produce quality output in sufficient volume and with speed for the demands of the businesses we serve’.

Personally, I think he’s making the case for content, as publishers, journalists and designers have always known exactly how to deliver both craft and speed.

But there again, it may be that we’re overlooking the biggest issue of all, which is how future audience behaviour is changing in front of our very eyes. When my children want us to buy them something, the entire purchase process is predicated on whether it’s on Amazon Prime or not.

For them, it doesn’t matter what the ad strategy is, if it can’t come tomorrow, they don’t want to know.